Side A
Eroding
Shadows
Refractions
Side B
Undertow 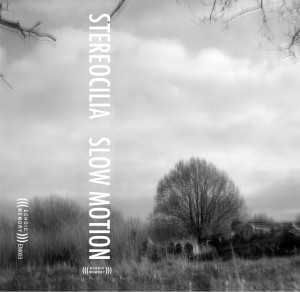 Slow Motion is the latest E.P from guitarist and composer, John Scott, aka Stereocilia. This 32 minute EP was recorded over two weekends in early January 2015. A different approach was taken in the making of this ep, coming to studio with 3 full formed compositions, Side A is more of a change in direction for John, with 3 shorter and more focus pieces. While side B is a live studio improvisation in his trademark style. Strictly limited to 50 copies on blackberry coloured, pro dubbed cassettes. Featuring artwork by Sarah James.
Having just completed a successful 8-date tour of mainland Europe, John will now put the finishing touches to his new album, due out later in the year. He will also be playing more shows across the UK this summer.

Biography
Stereocilia is Bristol based guitarist and composer, John Scott. John uses his guitar, analog synths and live looping techniques to create dense, rich layers of sound.
His live show is centred around a visual backdrop he has created, with the improvisation acting as a live soundtrack. Over the past 10 years John has performed all over the UK and Europe with various projects. He has also presented work for live radio broadcasts, and regularly composes for short films. He has also performed in three of Rhys Chatham’s 100-piece guitar Orchestras. In 2012 at the Biennial festival in Liverpool cathedral performing ‘A Crimson Grail’, San Francisco 2013 and Birmingham 2014 both performing ‘A Secret Rose’.
John’s Debut album Mumurations came out on his Echoic Memory Label in November 2013, bookended by two E.P’s and a string of compilation appearances. 2015 will see the release of his second album, due out at the end of summer. A European tour scheduled for the end of March will see him performing these new tracks for the first time in mainland Europe.
Recent Reviews
“With his guitar, London’s John Scott has found an Archimedean point from which he can move the world” – Igloo Magazine

“Like John Fahey in an Echo Chamber” – Freq Magazine 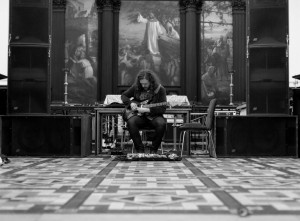 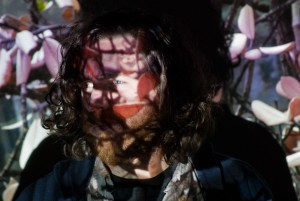